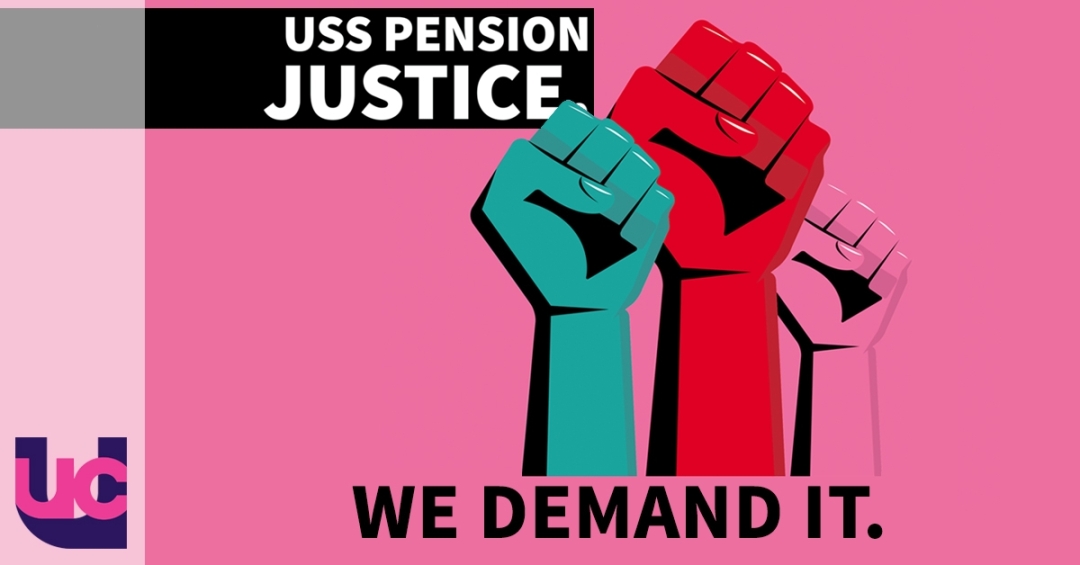 Letter of complaint re USS valuation 2020

In December, USS put out another bulletin stating pension contributions will need to be increased. The estimate below is from current contribution level at. 30.7% of payroll (i.e. employer + employee contributions) to between 40.8% and 67.9% of payroll, based on a 2020 valuation when shares were low. This is a huge amount and Universities argue they can’t contribute more. This excellent and rigorous letter questions the methodology and assumptions of the valuation that will lead to unacceptable increases in contributions.

2. Add your name via the Google form here.

The USS is currently conducting its 2020 valuation, this process estimates the schemes assets (its investments), and its liabilities (our pensions). If the valuation’s outcome is that the scheme has a large deficit (i.e. the scheme’s liabilities are much greater than its assets), then we’ll all need to pay much more to earn the same amount of pension each year.

The USS has published its proposals for the 2020 valuation. The USS claims that the scheme’s deficit has increased and that we will all need to pay far more for our pensions in future. If this proposal is implemented, it would increase total contribution rates from 30.7% of payroll (i.e. employer + employer contributions) currently to between 40.8% and 67.9% of payroll. You can see an estimate of how these changes would cost you using a modeller we have created.

What is causing these increases in costs? The USS claims it is because of the effects of COVID-19 on the global economy. However, the Valuation documents provided by the USS suggest that the increase in costs has been largely driven by ad hoc changes to the assumptions, and relatively little to do with COVID or the broader economy. The biggest of these changes is that the USS is recommending increasing what they call the “level of prudence” – essentially the degree to which the scheme is overfunded to allow for worse investment performance than expected. The documentation is extremely poor, and the USS has not provided a full reconciliation of how the proposed changes affect the scheme. However, best we can tell this increase in the “level of prudence” appears likely to increase the scheme’s estimated deficit by between c£7.4bn and c£9.5bn compared to the assumptions used in the 2018 valuation. Concerns have been raised by UUK’s actuarial advisors. Our employers have also raised serious concerns about what the USS is proposing in their response to the USS’s consultation on the valuation.

Despite the enormous impact on members, the USS have not provided credible evidence or rationale for these changes. This is deeply inadequate. Further potential issues with the proposed valuation are summarised here.

I am seriously concerned about the potential impact of what the USS is proposing and how they are conducting the valuations. Therefore, I would like to raise a complaint with the USS via its complaints procedure as set out in the scheme rules. The draft letter of complaint is below, and the full letter with appendix can be seen here. As with previous letters, this complaint is more likely to have impact if it has broad support, so I was hoping you might be willing to help by co-signing the letter using the Google form here.